Are we there yet, Daddy?

There is a chorus of opinion concerning government actions to deal with the economy.  It is a chorus, because nearly everyone agrees, and they are all wrong.  It brings to mind the question that every parent has heard at the start of a trip:  "Are we there yet, Daddy?"

Let us start with a brief history of events.

First, and very importantly, we allowed various private market actions and government facilitation to create a dangerous and highly leveraged environment.  There are plenty of people analyzing this, and we are as well.

Second, the needed process of deleveraging took place at WARP speed.  There was no one at the helm.  Existing structures were pro-cyclical, making the changes occur more rapidly rather than dampening effects, and giving everyone a chance to adjust.

Third,  those seeing the money sought the losers in the Credit Default Swap Market.  Option players purchased put options that could profit only if the company went out of business in a week or two.  When this strategy worked in the Bear Stearns case, many observed the pattern and piled on.  There are now investigations about this pattern of trading.

Fourth, distress sales at one company became the new standard, via mark-to-market accounting, for other companies.  The market bulls eye moved from one victim to another.

This sequence of events created a complete freeze in the credit markets.  Why lend to a counter party who might not be there tomorrow?  The decision to allow Lehman to fail made this worse, much worse.

Events also highlighted the housing market as a cause, rather than an effect.  If we had done a better job of addressing the credit problems, qualified buyers would be part of the demand curve for housing.  Since we have not addressed the issue, the market remains dominated by sellers.  This imbalance generates continuing concern about what bottom, if any, exists for housing.

The Bush Administration, led by Treasury Secretary Paulson, sought to address the key issue, the death spiral of write downs from complex securities.  Their "plan" was an outline, not a specific proposal.  It requested broad powers without specifics or limitations.  It violated the norms of Congressional and Judicial oversight.  In addition, the plan was poorly sold as a "bailout" rather than something that would establish rational markets.  The attempt to sell it embraced fear as a motivation.

The fear "worked", the market reacted, but the plan did not pass.

Everyone in government went back to work, developing a more flexible approach that provided many alternative methods.  A coalition was built.  This proved to be essential.

The immediate step was to provide a direct capital infusion for financial institutions and various government guarantees for lending.

Here are the big issues and the positive impacts — pretty good so far.

And here is what remains to be done.

The meat of the Paulson Plan, better explained in the hearing by Bernanke than by Paulson, was to establish normal trading and realistic marks in securitized markets.

And here is the key point…

Even the most astute market observers do not seem to understand government.  Paulson and Bernanke repeatedly stated that they wanted to "get this right" before deploying funds.  People should listen to this and understand, yet they do not.

What they hope to do is establish what we call a win-win-win situation.  This means that realistic marks on assets will be better than the current accounting standards.  Meanwhile, the purchase price will be attractive to investors (taxpayers and others joining in).  Finally, the overall economy will benefit by stabilizing assets, improving capital ratios, and permitting new lending.

Can this succeed?  No one knows yet, because they are still working on the plan.  Kashkari has explained what they are doing, and it includes price discovery, direct purchase of securities, and perhaps direct help to borrowers.  Other government programs, already passed, will help.

The unrealistic expectation was that this would start happening the day the plan was passed.  This is just silly.  Even operating quickly, the government needed to establish teams, consider the alternative methods, and get ready to launch the program.  Those believing that action should have been immediate just do not understand government or any large organization.  The expertise required must be identified and organized.

Spending money before the plan and the team was in place would have been foolish.

Regular readers of "A Dash" know our basic position.  Much of this could have been avoided by calling a "time out" on mark-to-market valuation of assets, ending the death spiral.

In the absence of this, it will take a little time for the Paulson Plan's important elements to come into play.  We expect better markets in credit default swaps, and therefore in the ABX, which trades off of these instruments.  We also expect a more stable market in CMO's and CDO's.

Since no one seems to understand either the issue or the potential in the solution, our readers have something to watch, and a source of profit. 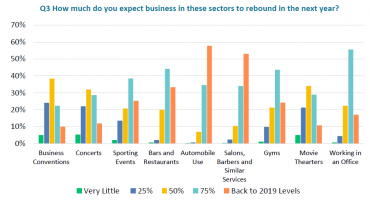 Investing for the Long Term: Time to be Wary